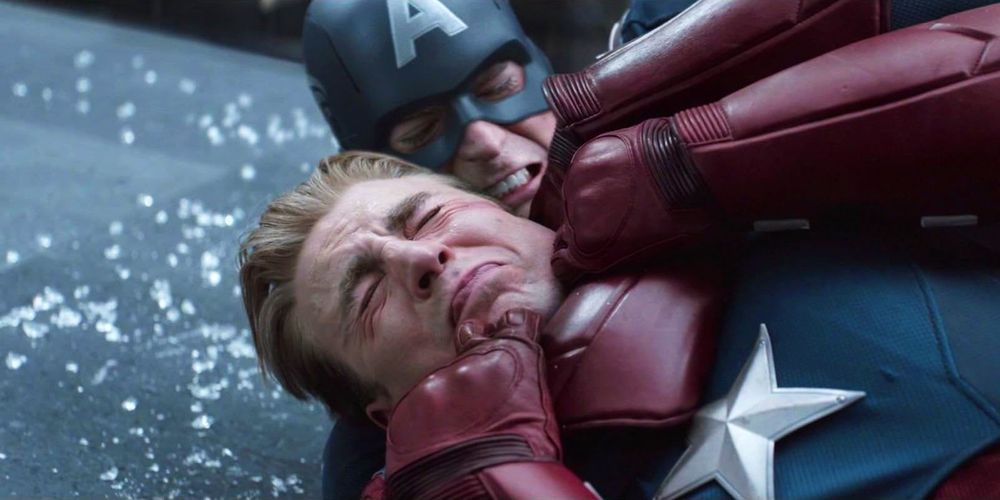 The world of Erofights has been thrown into chaos. Many powerful doms and mistresses has risen from the shadow of the Two Towers, gathering vast hosts of pets, slaves, sissies and various other species of lickspittle to gain dominance over the land – the Pet Wars have begun.

The brutal turf wars have seen Queen Hira and her hordes acquire a vast section of EroFights city. None dare enter without her permission, and her authority remained unchallenged by even the greatest of EroFighters.

As her power swells, one man dares to enter her territory...

He marched on foot, his gaze is of steel, his posture ramrod. He wore the uniform of an officer and the trappings of a peer. His face was handsome, though marred with an eye patch that failed entirely to cover a long scar that ran from temple to neck. The silent streets offered no welcome to Winston, its stone pavings yielding only sullen echo upon his arrival.

A long shadow had thus been cast on Queen Hira's right to rule.

“My Queen!” Queen Hira's Servant (actual name..) tore through the palace, looking for her Domina, pushing through the ornate doors to her throne room. “My Queen! My Q-”

“I heard you the first time, slave,” Hira's voice cracked across the throne room like a whip.

“My queen... I....” Queen Hira's Servant began and choked on what little breath he had.

“Speak, slave... or do you prefer to live the rest of your days without a tongue?”
“My queen.... he has come... the Great General...”
“Most intriguing...” Hira smiled lewdly to herself and crossed her legs.

“And what force does the mighty Winston bring to challenge my power?”
“No force, my queen... he comes alone.”
“Oh? The fool.”
“Shall we prepare?”
“No....” Hira uncrossed her legs and drew herself to her full height, towering over her servant.

Winston strode through the throne room like he owned it, not allowing any of Hira's guards to so much as to touch him as they're forced to follow his effortless pace. Before Hira's pets could even raise a snarl the overconfident braggart stopped short of the throne and declares.

“To the Queen Hira, I bring greetings. I come here seeking your favor and aid. I ask that you release my companion Mandingo from servitude so that the balance of the world can be set right.

“Mandingo...?” Hira's lips curled in mock confusion, followed by mock understanding. “Oh! You mean my breeding bull? Hahahahahahah! Why would I ever give up my prized breeding bull to the likes of you, Mad One?”

“For the balance of the world.”

“Balance of the world? Hahahahahah! And you came to me? For my breeding bull? How desperate are you to call on such a lost creature to help you?”

“How desperate am I? You threaten my world with war, you steal control of a city that is not yours, you enslave because it is fun. You have made me very desperate.”

The silence was palpable, oppressive, even under current domineering circumstances. The slaves shuffled their feet, averting their eyes to this battle of wills.

Deliberately, Hira sat back on her throne, never breaking eye contact with Winston as she crossed her legs seductively before him.

“I am willing to loan you my prized bull... for a price,” Hira said, uncrossing her legs and stretching one out to Winston.

“Kiss my feet. Pledge your soul to me... and I promise you all that your heart desires...”

“So sorry, but I cannot,” Winston said unsmilingly.”My soul is pledged to Elizabeth the Second, by the Grace of God, of Great Britain, Ireland and the British Dominions beyond the Seas, Queen, Defender of the Faith.”

The silence became a loaded gun.

Mercifully, it was left unfired, as Queen Hira threw her back and laughed. It was a beautiful laugh, one that made all wish to serve her, and to shake the resolve of even her strongest rivals.

Hira wiped tears from her eyes and looked at Winston, who remained unmoved, literally or figuratively.

“You amuse me, toy soldier.” Hira said with the barest of disgust, leaning back into her throne.

“You may have my bull for one day. Leave before I change my mind.”

The man formerly known as Mandingo tussled with the bison, holding its great horns as the beast tried its best to gore the Queen Hira's prized bull and enforcer. With a roar, Mandingo wrestled the bison to the ground, where it remained with a grim finally afforded by a twisted neck.

Mandingo walked away from the struggle, panting heavily.

“This is what you're doing for a living now, wrestling bisons to the ground?”

“Let's get out of here. You should be out, celebrating, seeing the world,” Winston said as he smiled at his former friend.

“Celebrating what?” The Bull asked suspiciously.

“Your uh... new living arrangements,” for the barest of moments, Winston's eyes raked across Mandingo's unclothed form, and laughed inside at the acronym that stood for British Broadcast Corporation which had such a different meaning in this strange land.

“Are you here for a mission, sir?” The Bull gored straight for Winston's red cloth.
“I am.”
“Trying to get me back in the world?
“Trying to save it. I'm putting together a team. The Assvengers. I need my Black Panther.”
“Just because I'm black, huh?”
“No,” Winston said, expression umoved. “It's because you have a big black cock.”

“This world runs on a very delicate balance,” Winston said as he led Mandingo down the silent streets of Hira's turf. Winston stopped at a random street corner and reached into a garbage can, pulling out a stained brown sack, before continuing.

“When I first arrived in this land, things were working fine, perfectly balanced, as all things should be,” Winston said. “But as I began to win more games, things got worse... things began breaking down, chaos began to reign... as soon as I began to lose games equal to the amount I won... balance was restored.”

The pair walked down an alley.

“So what you're saying is that all of this chaos is caused by you? All you have to do is even up the score, then!” Mandingo said.

They reach a dead end.

“I'm on 10 wins and 20 losses. The balance is utterly fucked,” Winston opened the stained sack he was carrying, and pulled out a large golden gauntlet.

“All right,” Mandingo nodded. “So where do we start looking for these... Infisting Stones?”

“The Infisting Stones can be found deep within the anuses of 6 of the biggest buttsluts in Erofights.”

Winston put on the gauntlet, its large size shrinking to fit Winston's human scale. He then made a circling motion with his index finger indicating that Mandingo should turn around and bend over.

“Wait.. what?!” Mandingo yelped in terror.

“ Your fall to Queen Hira was the greatest collapse of all time, such a defeat could only attract an Infisting Stone. It's in there. I can feel it. Now bend over, don't make this more difficult than it should be.”(edited)

“This must be some kind of mistake!” Mandingo roared as he looked for a way out of the alley. Turning on his heel, he started to walk away.

“You can walk away, but I am inevitable,” Winston intoned ruthlessly. “Is your dignity worth destroying the rest of this world for?”

Mandingo stopped and turned to look at Winston's unyielding glare, and finally relented, turning and bending over.

“I can't believe you fell for that,” Winston said, smile giving way to a laugh, the ringing laughter rippling through the alley and out into the rest of the city.

“I can't believe you were going to let me fist you!” Winston threw his head back and laughed, clutching his belly.

Mandingo yelled and leapt at Winston, choking him.

The frame freezes on Winston's terrified face as the credits roll.(edited)

2. My win ratio is very interesting and it rarely leaves the 1:1 ratio. In fact at the time of writing, I have won and lost 20 games apiece. I told Mandingo once upon a time that it was perfectly balanced, as all things should be. That proved to be the seed of this chapter.

4. I like to set myself writing challenges. Can I really write a whole chapter about an Infisting Gauntlet? Well, you be the judge.

5. Yes, I realise this chapter was very childish. I love dumb jokes. I never let them go.

8. Also kind of a meta-commentary on doms and the pets they keep I guess .