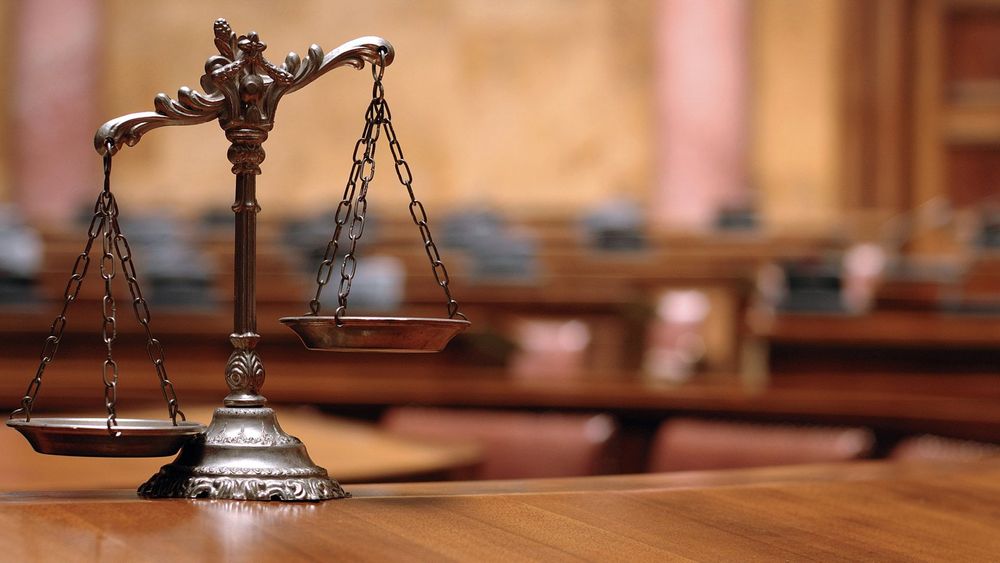 A day has passed since the now infamous trial of Mamoru Palmer who ultimately was convicted for the murder of renowned businessman Edward Bell. Adrian’s dinner with Cervantes the day before was a nice stress relief and an opportunity to discuss in detail how they could proceed further with the investigation… In the end, they had reached a conclusion.

“Where the hell is he? It’s well past 8…” - Edge mumbled quietly to himself while looking at a clock. The detective should already be here, but he was powerless against his partner’s chronic tardiness. Just then a loud knock on the door could be heard.

“Finally! Come in, Leon.” - he said, unable to hide his exasperation.

Instead of Cervantes however, a young man entered the room - A courier. With a big smile on his face and a small package under his armpit, he saluted Adrian.

“A delivery for Mr. Edge! Please sign under the dotted line sir!” - The young man’s happy voice echoed through the room… He sure was quite energetic and passionate about his profession. Adrian was a bit surprised, but nevertheless, he did as he was told and found himself alone with the package. A veil lifted as he opened the package revealing its contents; a walkie-talkie.

“A walkie-talkie? What is the mean-” - He didn’t finish as a voice rang out from the device.

“Good morning, Mr. Edge.” - An unfamiliar deep voice reached a young lawyer’s ears. - “It’s a pleasure to speak with you.”

Edge didn’t know how to react at first, instead he got closer to the windows and began to look around in hope of locating this mysterious person, but to no avail.

“Don’t bother, Mr. Edge. You won’t find me, but I can see you just fine… Looking sharp, as always.”

“If you wanted to discuss something with me, why not just come to my office then? It would be a lot easier for both of us.” - Adrian responded, holding the device firmly in his hand.

“Consider this a little precaution.” - The man let out a quiet sigh as if something had annoyed him from across the room. - “But let us get down to business, shall we? After all, you and your partner will be quite busy with the – investigation and I want to quickly give you a piece of my mind without taking too much of your precious time.”

Investigation? According to official news, this case was already solved and closed. How did he know they planned to reopen it? As if on cue, an electronic laugh came from the walkie.

“I love that expression you just made, Mr. Edge! You must wonder how I know about your little schemes behind the Chief Prosecutor’s back. You’re smart, I’m sure you will figure this out in no time…”

After a flash of joy, however, the man's mood quickly returned to its former state.

"Your assumptions regarding the case are the same as mine: the actual murderer still enjoys their freedom, while innocents are unjustly put behind bars… This of course has to be corrected by you, Mr. Edge… For the sake of all of us.”

The prosecutor’s anger brought his blood to a boil.

“Who are you?” - He gritted his teeth so hard that his interlocutor could clearly hear the noise his mouth just made.

“Everything in due time, but know that I want justice more than anything right now and, if you won’t deliver it, I will. Whatever the cost. Goodbye.” - The device went silent. Adrian decided to take a big breath and calm himself down, anger was a poor advisor in any situation and he needed to have a clear head now more than ever. He looked around the office remembering the words of the man he has just spoken to. Could this really be…? It had to be, there was no other way he could know the details… Even if it was him, why reveal himself now? A flood of questions overtook his mind.

Cervantes was late because of his bleeding heart as he couldn’t just ignore others in need of help. He knew that the prosecutor wouldn't be very pleased, but also knew that he'd be able to calm him enough so the latter would forget about the matter. When Leon opened the door ready to explain himself, he saw the following scene - Several police technicians leaving no stone unturned, as it were, with Adrian in the middle of the commotion. He stood still with eyes closed, arms crossed on his chest, a heel tapping the floor to the rhythm. The good detective being oblivious to the situation, closed the door with a gentle touch and approached the scene.

“If I am correct, you will see for yourself soon enough.” - Edge said in a calm tone. Without skipping a beat, one of the technicians exclaimed that he discovered something in one of the books. When everyone gathered to see, it immediately became clear as day. A listening device.

"What? B-but how? " Leon was shocked. All this time someone was listening in on them and they didn't even realize it until now! Adrian used this moment to introduce his friend to all the details of the conversation with the mysterious man that had happened shortly before.

“I don’t get why he’s doing this, but you know what we have to do. We absolutely need to identify the guy as soon as possible. We’ve already got him on non-two party recording charges.”

“I agree, but this won’t be our priority right now.” - Adrian turned his head towards one of the police technicians. - “I want you to take prints on every object in this room including this walkie-talkie. Report to me immediately if you find any belonging to someone else besides me and the good detective here. Check the camera footage as well.”

The technician nodded affirmatively and returned to his work, the prosecutor, on the other hand, set his gaze on Cervantes once more.

“By the way… I believe you were supposed to be here at 8.” - He furiously tapped with a finger on his wrist. The detective, a bit embarrassed, immediately began to tell how he had to help a little girl find her lost puppy, then a grandpa asked for help with groceries and so on and so forth… After a while, Leon could tell that his partner was more and more impatient and if a gaze could kill, he would already lay dead on the floor. Edge didn’t say a word, instead showing with a gesture that it was time to finally move on with the investigation. Next stop - Edward Bell’s office.

Outside of Edward Bell’s Offices

The city of Lyonorhama was lively as always, with traffic clogging up the streets around every corner, but in the end ,the duo managed to park outside of the building in which everything had started. Adrian wiped his nose with a handkerchief, he never really did get accustomed to harsh winters in the country.

“Brr… Christ… Have I ever told you how much I hate winter?” - he said quietly while twisting his face in a grimace.

“Yes, every year, in fact!” - Cervantes laughed it off and exited the car with his friend doing the same. The reception area where Jess Reynolds was doing her work wasn’t in the best conditions in terms of cleanliness: A mass of papers littering the desk, books scattered all over the place, clearly visible wet shoe imprints on the floor… It would seem this woman not only stopped caring about herself after the incident, but about every aspect of her life as well.

Cervantes struck the shiny little bell on the desk and so they waited, but nobody came. Just as they intended to speak to break the uncomfortable silence, two voices yelled out from the top floor.

“Who are you and why are you here?! Please leave immediately or I am calling the police!”

It seemed that two women were arguing in the office of Edward Bell. Adrian and Leon quickly ran upstairs to investigate the commotion. There they saw Mrs. Reynolds who presented herself in the exact same outfit and style as she did earlier in court. In front of her stood a blonde unknown to both of them. She was, at first glance, around the same age as Edge, wearing a black office dress. There was grace not only in her wardrobe, but also in the gestures that the woman began to make towards both men as soon as she saw them. Her face was decorated with glasses that gently fell over her nose.

Adrian noticed a few recording devices on her, which made him a little tense when he thought about the previous events in his office, but he nevertheless decided to put aside any negative thoughts for a while and focused his eyes on the woman's chest. There was a name tag on her shirt - Clara. Clara Monet.

"Ah, it's you, Mr. Edge..." - Mrs. Reynolds turned around, following the gaze of her former interlocutor, and did not hide the relief that overwhelmed her. - “It's good that you are here... This woman stormed into the office without my knowledge and consent! Please do something!”

“Was – was that French?” - Cervantes asked, completely missing the frantic energy the room was being filled with.

“Ah, Si Señor.” - He slipped back to his native Spanish as he slowly approached the trespasser. - “Look uhh Clara? It’s Clara, right? I’m Officer Cervantes.” - he said, quickly flashing his badge. He continued - “Just stay where you are, let's all take a seat and we can talk this through” - a line he pulled many times as he slowly prepped the zip-ties he always kept on his person.

Miss Monet on the other hand wasn’t so keen to comply and before the detective could do anything, she began to answer everything, starting with the formal introduction.

Finally, at least some questions would be answered, much to Adrian’s delight…

A member of the prosecutor's office who takes pleasure in convicting criminals and playing chess, now has another new hobby - writing stories! What an unusual turn of events.