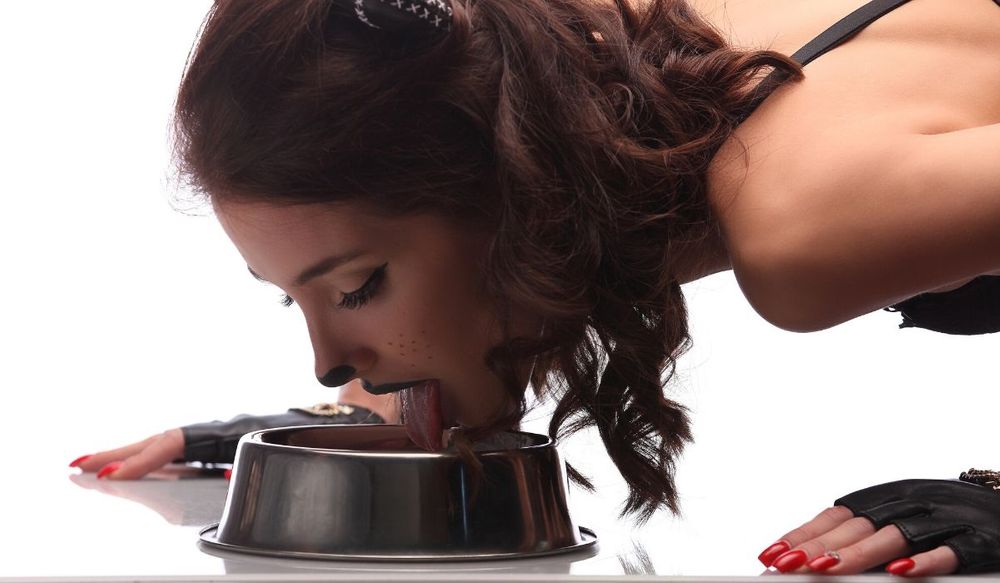 Getting settled and comfortable together, our fighters start teasingly slow as they touch and caress each other, undressing slowly as they prepare to become intimate together. Alissa allows him to touch her anywhere, before pressing him against a wall and taking control. Romantic quickly changes tactic and runs his hand over her pussy, keeping her distracted as they explore each other's bodies, their moans filling the air as they kiss passionately.

Sliding things up a gear, Alissa swiftly takes Roma's boxers off, licking and sucking his tip as she looks up at him, her eyes filled with desire and lust. He responds by changing position and licking her sweet pussy, desperate to taste her as she takes his cock into her mouth, locking into a 69 together. Lost in each other already, they lick and suck each other as there pleasure starts to take over. Roma slides a finger into her ass and pinches her clit at the same time, shocking Alissa with just how good it feels, making her realise she needs to stay on the offensive. Before she can, Roma changes their position and kisses her deeply as he slides into her tight, wet pussy, fucking her deeply as she brings her hips up to meet each thrust. Riding his cock as he slaps her butt, Alissa feels every inch of him, setting her own pace as she tries to push him closer to orgasm. But he guides her hand and his to her clit and rubs her as fast as she rides, making her feel it all the more. As she grips his cock with her walls and rides faster, he rubs her clit in a frenzy, making her moan as her every attempt to push back just pushes her closer to ecstasy herself.

Next up, Demon Goddess Eva battles against Charly

Looking to get some pets for her team, Charly strips off her opponents bra and top, exposing her tits to the already worked up crowd. Eva returns the favour, giving the audience an eyeful of both of them with their gorgeous tits on display. Charly takes the chance to rub their breasts together, appreciating how soft they are against her skin. Eva turns things up as she slides a hand into Charly's pants and fingers her whilst sucking her nipples.

The fight ends with Charly being sold as a whore, as well as being made to spank herself for the pleasure of Eva and the crowd. See this titillating fight unfold right here.