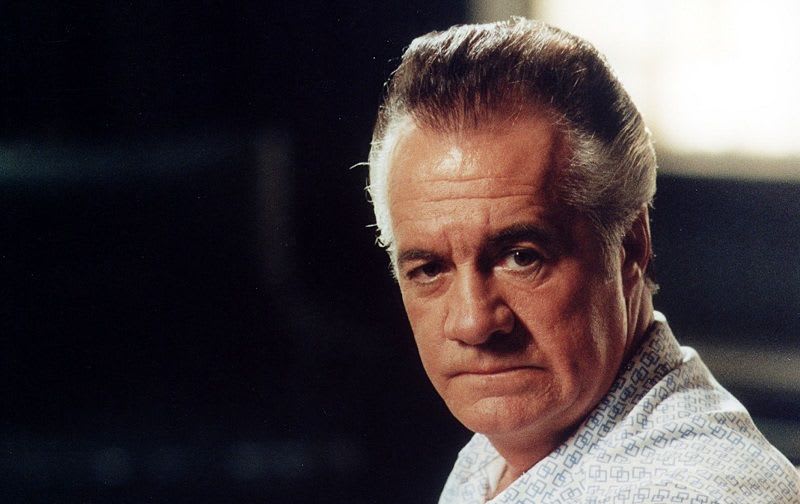 I bring the razor closer to me, for one final carress. What was once a homeless man's visage revealed itself at last to be a young man's in the mirror. I smiled. He smiled back. I wash my hands, and run my wet hands over my thick, black hair, slicking it back, leaving enough of a gap between my fingers so that a strand of hair fell and curled itself down my forehead.

I wink at the mirror. This strange, confident young man winked back.

“Hello beautiful,” we said to each other.

“Hey Paulie,” I said as I poured cornflakes into a bowl. A boring way to start an exciting day.

Paulie Gualtieri was, when last I saw him at least – was the last man standing in the Soprano Crime Family, the only Capo left that was not deceased or incarcerated. He was an old man, but you would never be able to get him to admit it, despite taking pride in the distinguished streaks of silver in his still mostly black hair.

“Heheheh, Danny boy,” he said affectionately as I took my seat and began eating.

“You're all dressed up to go already? Heheheh.”
“It's a good place, Paulie, you should try it.”

“I leave that.. to the young,” he said, before catching himself. “Not that I'm old, you understand. Just old school, heheheh.”

I shake my head and smile.

“You don't use your real name in these things, do ya, kid? That shit's dangerous. Personal information, tracks you all the way to your home.”

“Eeeh... I use throwaway accounts... dumb names like Steve and John, keep things clean. You have your fun for the day, you go home. Come back, make another name. Nobody's the wiser.”

“That's smart, kid... real smart,” Paulie nodded. “Just mind that you don't get too close though, this thing of yours... best keep them at arms length. Don't get invested.”

I sigh, put my spoon down and look at him straight in the eyes. “Paulie, everyone goes there to have fun, who the fuck brings their problems to a fucking sex site? We go, get together, finish, and go home, a capite?”

Paulie looked at my bunched up fingers as I spoke in broken Italian. “That's stereotypical, and I resent the propagation of bad stereotypes.”

“Oh va fungoo, that's all you care about, you totally missed what I was trying to say! That's your problem, Paulie, all you listen to is yourself! Everyone else?”
I raise my hand just under my chin, fingernails pointing outward, and I shove them outward in the Italian chin flick.

“Watch it, kid,” Paulie pointed at me. “You better lay off the Sopranos reruns, or you'll be sleeping with the fishes soon!”

“Ah basta you old fuck! Enough! Finito!” I strirred the milk in my cornflakes angrily before looking back up at him.

“I also watched an episode of Gormorrah, god damn it.”

I was back in the white-and-purple-city the people there called “EroFights” As far as the eye could see, I saw blue men walking. There were some very saucy looking red women among them, but they were rare and far between. Sometimes I could even find real people, or an anime character, walking or standing in line with the blue men.

“Ah shit,” I said as I looked down. I was a blue man too. Why did I even bother dressing up today? Such an idiot. The downsides of using throwaway guest accounts.

Today, I assumed the douchebag name of Winston. Why not? It was common, with just a hint of douchey arrogance that made him sound like a total tool. It wasn't as if he was going to get stuck with the name anyway. Why not live a little?

I waited the customary hour in line (traffic was excellent, for once) and found myself in the waiting room with the numbers. I got a number 7. The bell rang almost immediately. This time however, a voice also rang through the hall. “Number 7, please.”

“Hooooooooooly shit, I'm Number 7!” I said to the blue men lounging around in the waiting room.
“How long have you been waiting? 3 hours? Hooooooooooooo boy! You got dabbed on, son! Uuuumh!” I dabbed at Number 1 and made my way to the door. I cackled to myself.

Not like I'll be here with the same name tomorrow...

“So you're Winston, huh? Get on the bed, loser,” the red girl said, pointing to the bed.

Okay... not the start a boy wants but what the hell... besides this red girl has some knockers on her.
I lie down on the bed and take off my shirt to start things going. She decided to pull down my pants, excellent, excellent... I get my cock out and-

“Whoah hey, not cool!” I roll and get out of the path of her clenched fist, which hit precisely the spot where my balls would have been.

“k-kinks!” I stammered and pointed at the wall above the bed. A screen came up and showed my profile, and list of kinks. Pain was not on them.

“I'm going to break you,” the red girl said, raising a fist to throw another punch, this time to the face.

She froze, and hesitated. I sighed inwardly too. This wasn't quite what I was looking forward to when I came here. I sat down tiredly.

Surprisingly, the red girl did so without argument.

“So tell me honey, where's the anger coming from?”

“So your dad just walked out like that?”
“Yeah...” red girl, whose name I had learned since was Carla.
“Well, Carla...” I push her down on to the sheets, and kiss her softly on the lips, then the neck.
“It's all right, let daddy take care of you now...”

Cut to black cause my readers are all pervs. Shut up, don't call me a perv, I already know that.

An hour later, I was pulling up my pants. Carla got up to kiss me goodbye, and held my arm.

“Hey... do you mind if we kept in touch? I'd like to do this again,” she said.
“The ball punching? Not in a million years, sister!” I said with fake outrage before smiling.

“I'll be delighted to do the rest, though.”

Another kiss in the dark.

I barely walked out the building when I received a message on my phone. It was Carla. I read the message and put my phone away and kept walking. It took me several steps before I realised what had happened.

I made a human connection with one of these reds. My name is remembered now. She'll want to do things together again. I can't just throw away this account now, I got my first taste of being called ahead of the line and I'm not going to settle for anything less anymore.