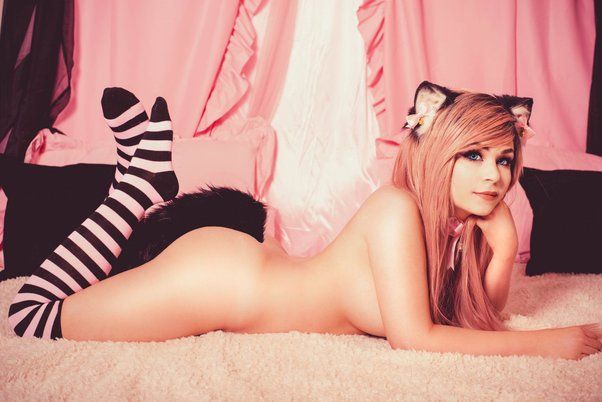 With the EroPets tournament just around the corner, I have decided to talk a little about the upcoming event in my capacity as General Manager of EroFights. I'll try to cover some common questions about how tournaments are run, some basic questions about this tournament and what its future is as a format.

I don't promote or publicize the "rank" across EroFights, but yes, the position is more apparent and prominent on our Discord server. I am just the guy that helps lllusion with the social aspects of the community - moderating, coordinating, and yes - overseeing tournaments.

Just how many tournaments are there in EroFights?

EroFights is approaching its second year and in that time we have fine-tuned tournaments and established a sort of "season calendar" that I hope will be able to bring some kind of stability and consistency in events for our members to look forward to. The calendar looks roughly like this:

These are always subject to change to adapt to any un/foreseen circumstances but on the whole we try to keep things as close to schedule as possible.

Why not have tournaments all year round?

Fatigue! Not just from us as the organizers, but from competitors too. There's also the element of exclusivity. We want tournaments to be special and you need to have a certain benchmark (usually you have to be here for a month, and have had 10 games in the required mode) to qualify for very limited spots. While there will always be a tournament around the corner for people to participate in, we don't want one every other Tuesday as well.

This EroPets tournament isn't on the calendar....

Indeed, this was a tournament idea first conceived by Lu, and developed further by her wife Clara with some input from me and lllusion. Lu thought we'd get a different type of competitor in tournaments if it was based on humiliation and "rewarded" losers appropriately. I called it the Jobber's Cup, but EroPets just sounds right.

We're always on the lookout for new ideas and new ways to enjoy the game with the community, so we didn't hesitate to work on this project and push it to sea with Clara as the lead.

Other aspects of this tournament that sets itself apart from the others?

The fact that the majority of players who "lose" still remain in the tournament is a new one, and can be a game changer in terms of how tournaments are run. Major feedback from past tournaments has been that once you lose one match, you're out, done - finito. This tournament addresses that minor gripe elegantly by "capturing" defeated pets and claiming them as your own, meaning that the final will be larger than ever.

This tournament will also endeavor to use cross-gender characters more to help address the gender balance of the tournament, as well as to cater to de/feminization fetishists.

Finally, this tournament will attempt to introduce as many of our sexfight game modes as possible, in a bid to offer something for everyone to enjoy. Previously, most tournaments have been fixated on a single mode, or two, with an extra one as a tiebreaker. This will be the first tournament that tries to have all of them at play.

This tournament's registration is only on Reddit... why is that?

Countess Sasha, shortly before she retired as a Moderator, made a very interesting point that EF's Discord didn't really kick off until EF's first official tournament. We're hoping to use this tournament to kick off user interaction on our official subreddit in a similar way.

We also wanted to give members who didn't use Discord a chance to participate in a tournament, offering Reddit as a platform helps us out there as well.

It depends. First we need to get this tournament off the ground first, as we don't even have enough players to get started. This will be the crucial first step. If we can't even get the tournament started, then we'll have to conclude that nobody likes the idea and we should shelve it.

But if its successful... then we should definitely consider running the tournament again next year, giving it the MAR-APR slot permanently. We should also look at what worked well in this tournament and try to apply it where possible on other tournaments.

Finally of course we should analyze its shortcomings and work to address them for next year.

I want to run a tournament of my own!

We're always happy to see the community start their own events and are willing to offer whatever help we can to promote them, whether within the official framework, complete with badges and coins as a reward, or simply by providing a platform to announce unofficial competitions.

We also keep our eyes open for promising tournament organizers to recruit into our "staff", so that they bring fresh ideas and perspective to the official EroFights tournament season, so running a popular, unofficial tournament is a great audition if that's something you'd like to be a part of.