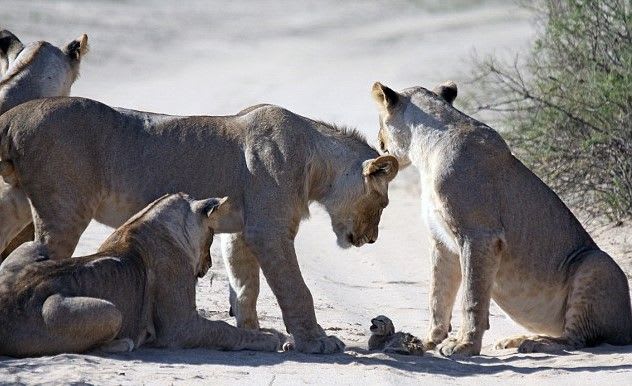 Here we are again with me, Alya. Hello there!

So last time I discovered my sub side and ended up collared by a man named Bradley.

Now I was roaming from arena to arena, watching every match possible while trying to learn more about sexfighting.


Remember when I said I was an amateur pro-wrestler? Well it is true. And I did it because I love pro-wrestling, the TV shows and... the sensuality of it all. The act makes me all tingly and aroused.

For every move I can envision, I can almost always see a sexual way to do it.


I never used real wrestling moves during my sexfights with men, never even thought about it, but then I end up watching this Lesbian Sex Wrestling Match and I was captivated by it.

So back to where we left off….

As I said, I started on a new path and I ended up watching some public matches in the arenas of EF. There are many different types of sexfighters: some are ruthless, humiliating their opponent without remorse, others are loving and gentle, but for the most part in this matches there was just good competition and sportsmanship and a bit of rough fuck, the kind that never disappoints.

One Lesbian match got me pretty intrigued.
It was between two wrestlers. I still remember one of them, Jayden.
Their match was watched by a lot of people actually. Many men , some women. Everyone was cheering for both girls.

There was a lot of trash talking and Greco-Roman wrestling involved, and at the end , after Jayden put on a strap-on and fucked her opponent until she came a second time , she continued to do it until she submitted with her words.

Then, once Jayden got the upper hand and won, while she was leaving the ring, she looked at me again before I left my seat and her glare was filled with malice and lust. I was horny-scared. “Oh, you fucked up.”- Horace whispered from my shoulder.

While I was leaving the building after Jayden’s match, I got stopped in the hall. That day I was wearing nothing fancy, normal clothes , without any intention of attracting attention or having a match with someone.

I had a long dress with a high neck, to hide the collar Bradley put on me the night he fucked me until the sunrise. The collar said “Bradley’s little Kitten”. He chose that name when he learned how to melt my brain during our matches, and made me meow, purr and moan.

After my last win I started to hide it, and I had every intention to win and get this collar off my neck!

The person who stopped me before I was about to leave EF for the day was Jayden. She was still wet from her quick shower after the match and her long brown hair was curled up in a towel.

“Hey, It’s Alya , right?” She was gorgeous in a strange way. She was of course beautiful , but knowing I could wrestle with her in a sexual way and that she could actually beat me even if I was going all out made me even more aroused.

“H-Hello there….Yes, it’s me. Alya…Y-You're Jayden, right?” Not only was I shy , I was also being a little bit of a dork. Couldn’t even talk like a normal person. Horace was face palming so hard behind me.

“What , you act like you don’t know me now? Her cute smirk was actually very intimidating , or I was just a scared-horny chicken. “Did you like my match?”

“Oh yes, you were very hot. Congratulations on your win.”

“You know, you don’t need to congratulate me, I win all the time.” She winked at me and gave me a small piece of paper. “If you are interested in something like that, call me okay?” And she walked away.

Maybe I didn’t say this before, but I’m also hella Lesbian. Like girls are MY WEAKNESS. Sexfighting a girl? ‘Oh god , was this a dream?’ I slapped myself hard on the cheek while I was looking at her ass as she walked away. It wasn’t a dream.

You guys think it ended there? Fuck no. As soon I returned on EF the next day, I fetched the piece of paper she gave me and I called her. She said to wait for her that same night in the girl’s locker room.

Thank god I had Horace guiding me, because besides the Bot room and the room Bradley and I usually rented in EF HQ , I didn’t know anything about the place or the city.

That day I discovered there was a whole gym , with locker rooms, all equipped for training and wrestling, and filled with girls. My lesbian self was so mad at me for not discovering this place before. I can’t complain too much tho.

Bradley was a great partner through my early weeks. And most of the other few men I had the pleasure to fight and fuck were also good.

While I was waiting many girls looked at me, and I felt like a gazelle in the midst of a herd of lionesses.

One in particular , I had my eyes on since the first time I saw her in the main hall , wasn’t moving her gaze from me. The “Countess”. Her blue-green eyes were like two luring pools of desire and I couldn’t stop looking at her.

I was so mesmerized and in awe that I didn’t noticed her approaching.
“You're Alya , right?” Everything from her was divine for me, even her voice.

How the fuck does everyone know my name around here? I never talked to a girl here in EF before Jayden!

"Y-yes…You must be the Countess….Sasha, right?” She was so sexy that she was scary. I don’t know how to explain. In my head I just thought - She is far above my league , don’t even think about her.

“You flatter me, you already know my name? A pleasure to finally meet you. I watched you quite a lot. I feel that its my job to introduce new girls to this magnificent world of sex fights and give them a proper girl's introduction.

I was so disappointed to hear that your first public match on the ring would be versus Jayden instead of me. Well I guess if you catch my interest during tonight's match , we can schedule one for ourselves.”

Her wink almost hypnotized me, but her words made me start.

“Wait, a match? Versus Jayden? Tonight? What the actual…” I was rambling aloud.

“Oh, she didn’t tell you? Well you called her out for a reason I guess, or am I wrong? Besides , your personal bot already prepared your locker for you, it is strange that it didn’t inform you of this match.

Well ,see you around I guess, I’ll keep an eye on you.”

“WAIT....!” I shouted to Sasha, not even mad at Horace for hiding the fact that I was about to have my first sex-wrestling match with a girl from me. “…...I have something for you.”

Something for me? Is it your number? Or just a challenge? I already had plenty of those, little girl, you can save yourself the bother," she smirked.


“No..No…I actually had written this a while I go , when I first saw you. It is a letter AND a challenge. I hope you like it.” I picked this letter from my backpack and gave it to her.

It was basically a love letter that described my fantasy sex-fight I would have loved to have with her.

“Oh…A letter…for me?” I didn’t even notice how surprised she was when I handed her the letter , because I was too busy running away while picking up things from my new locker.

I grabbed the costume Horace had made for me and hid in a shower for almost an hour.

After I had put on my costume , a yellow top with a pair of black sporty shorts, I headed for the main locker room again , and there was Jayden, already dressed up in her wrestling attire: a pair of green shorts with a top , sporty but at the same time sexy and revealing. She just said:

“Ready for our dance?” And she rushed outside, towards the arena. After a few seconds I hear my name called by the bot announcer and even though my heart was beating very fast , I gathered my courage and slowly walked into the arena.

That day I would be introduced to a new world.

Hello there~! Alya here! Just a shy girl writing stories because i like to do it. Nothing to see here. PEACE!