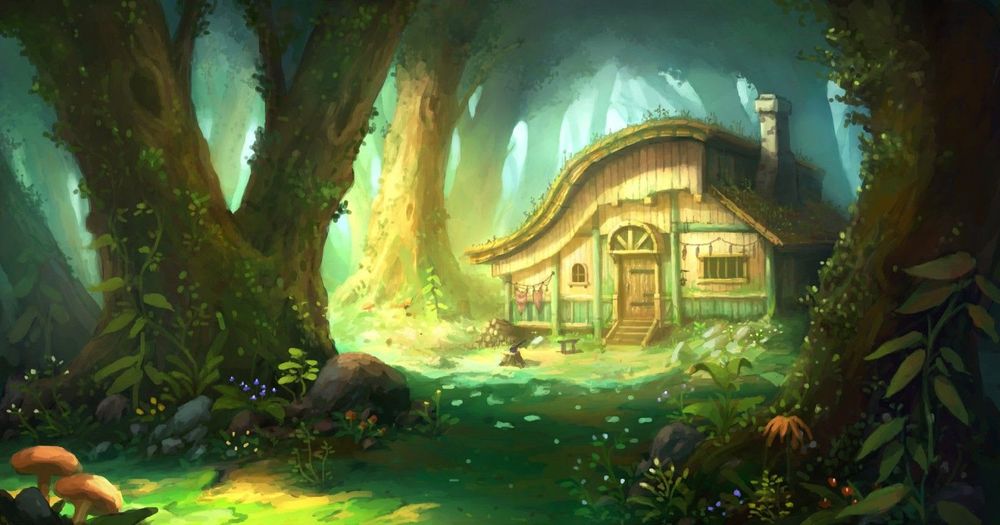 Alina stands outside the cabin. The evening sun already is hiding behind the trees, golden light getting a few floating particles to glim. It was a beautiful sight. Alina could have been sitting here and watching the light fade, relaxing her body in the cooling air, if there would not be this man. Strangely peaceful for a human. Almost cute looking in his sleep. The first thing she did when she got him here was tying his hands and feet, so even if she would not notice his awakening, he wouldn’t escape. But from then on, Alina has not looked away from him for one second.
“What have you done with me human? I shouldn't even be hasitating to call the authorities on you.”
She couldn’t understand her own feelings. This man seemed different than the others, but he was still a human. Alina knows all the stories about them. Plundering and abusive beings. How should this one be any different?

Finally, George wakes up after the sun had already set and the dark of the night crept out between the trees. Only the small lantern fights the all surrounding darkness. Alina jumps up and walks over to him. Sure, he won’t be able to do anything, but still carefully checking for any movements.
“Hey, where are we? What have you done? This is not needed.”
Alina stops a few steps away from him, watching him pull against the ropes. Now there she was. She wanted to talk with him. And now they got all the time, with him unable to run when he heard enough.
“You know the answers to your questions already. It is my turn to ask. What do you want in this forest? And why do you want it?”
With his confused face this man looks even cuter than before. Alina shakes the thought off, that was unimportant now. She needs to concentrate on the security of the forest and this human definitely is a threat for their secret already. George seems to accept that he is helpless and lays back. His head turns towards her and his clear eyes fix themselfs on her face.
“I came here to check my collected information. My whole life I was fascinated by the tales about fairies, but there are so many different ones. They block each other out sometimes. The more tales I collected, the clearer it got that they all have similarities. And one place that showed up again and again, was this forest. I guess I know now at least why.”
There are multiple stories out in the human world about their forest? Could it be, that the secret they keep, is long no secret anymore? At least it seemed to be no known facts, only tales of fantasy that grew over time and got twisted, hiding it from clear sight. This man was an exception, clever and unfortunately interested in her species.
“You got to confirm your information, but the moment you knew more, I needed to stop you from leaving with them. You already know too much. If you now leave again, the information you carry will bring our world in trouble. Your curiosity brought you in an unescapable situation and now I can’t help you anymore.”

George's eyes widen and he shakes his head. Alina felt sorry for this man. He looks so friendly. Different from everything she got told. He only got himself in this conflict, because he wanted to understand the world around him. Something that always was one of the most important values in the fairy realm.
“But what will happen with me now? I don’t want to leave again, if that is the only problem. I still got so many things I want to know. I could just stay here with you maybe. I mean, if that would be ok. You are so nice to me. I feel you are already stretching the rules for me, if there are really such big concerns.”
This man was clever! She backed off a bit. He wants to stay. He already said it again. What if that happens? The others would never accept him. There is no way he could get happy. But what if they tried?
“You will go to prison as soon as somebody finds out. You are right, I am really breaking all rules with this talk. I would love to help you, because I see that you are not the thread we are fighting against. But I see no way.”
Alina looks at this poor being in sudden realisation. Staying with her! That actually is the solution. They would be mad, but nobody would be able to separate them if they where a couple. The fairy law states clearly: Nothing stands between love. 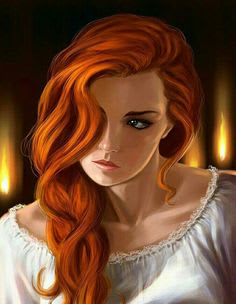 “Except... Maybe I do know something, but no. That is stupid. You would never. But it is our only chance I guess.”
“What are you talking about? Tell me your idea. I just want to learn all about you. I don’t intend to cause any trouble.”
“Well, there is the possibility that I could try to make you love me. I know, totally stupid.”
Alina blushes and looks away. Hiding her face in her hands. This could never work out. He has no interest in such thing. She can’t force affection, only strengthen it.
“Umm, what? How could that help us? Besides the fact that you wont need to change anything.”
Now George was blushing too. Alina’s head starts spinning. Did she get that right? Could it be? That he likes her?
“Well, the fairies value the love as highest good. I could maybe at least save you from legal actions that way. I... really like you. I could do that with you.”
With small steps, she approaches him and slowly takes his head in her hands, his breath already quickening from this touch. Maybe he really does likes her. Alina lowers her head and kisses his cheek. Feeling him twitch in reaction, shows her all she needs to know. Nothing even needed to do from her side. Alina is overwhelmed with what she feels. This is such a forbidden situation, but that only makes it more exciting.
“What? I think that is a bit fast, no? I won’t complain, but…”
“Shh, I'm trying to help you here. We have only three days 'til my teacher comes back. We will need to convince her of our love in order to avoid a handover to the royal guards. That would be our both fates now.”
Her hands slide to his neck and she opens the knot, the ropes sliding off his body. Seemingly paralyzed George still keeps laying there, so she pulls him up and carries him inside, where she drops him down on the bed.
“You are the first human that ever is loved by a fairy. You can feel very special because of this.”
Her hands glide under him and she lays down besides him, their bodies touching slightly and letting shivers run trough her. She never found this feeling with one of the other fairies. Always felt strange to see them all fall in love and not knowing what love even is. But this moment, this place, this human, showed her the full power of love. Nothing seemed complicated anymore. It was so easy, so obviously right. 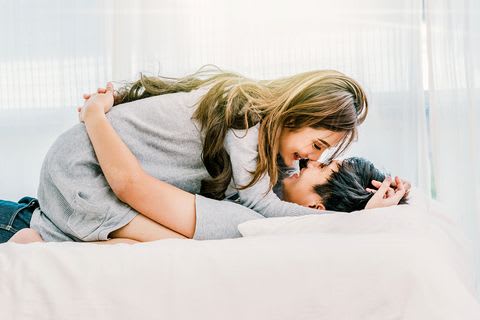 “Now tell me human. Do you really want to give up your whole life just for me?”
George turns a bit and looks into her eyes. She gets lost in the deep feelings she sees. Her mind starts spinning and her hand wanders automatically to his head, holding his hair and stroking it slowly.
“You have no idea what I would do for you. I have never met such a beautiful person before and you are so sweet to help me. Even when it gets you in trouble like you said. I would never want to lose ...”
Alina pulls him towards her and stops his words with a long kiss. She feels him tensing all muscles before relaxing and returning the kiss. Her arms wrap around him on his lower back and the other still in his hair. She rolls onto him, feels a great warmth and presses on him tightly. They deepen the kiss. Letting their feelings take over, before George pushes against her to breath and she backs off a bit.
“I guess we really have found a solution here. Nobody will be able to question our love.” 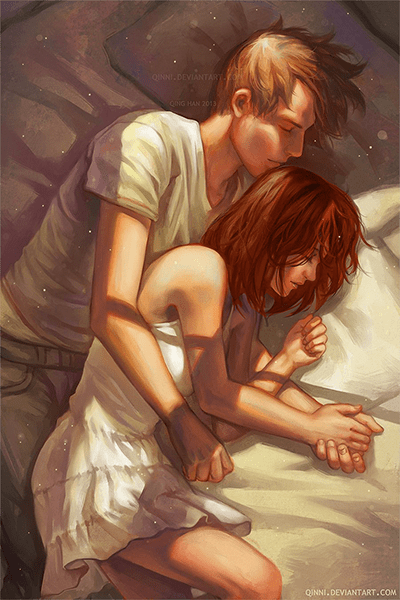 They lie there for a few more hours, just enjoying each other. Alina feels his warmth under her, while her own body slowly cools off. The sun is long gone and they drift off to sleep hugging each other.

Call me Alissa, Alice, Lissa I am always the same. But I can be everyone you want. I love bringing everyone joy. And my will for peace makes me a great help for everyone. <3