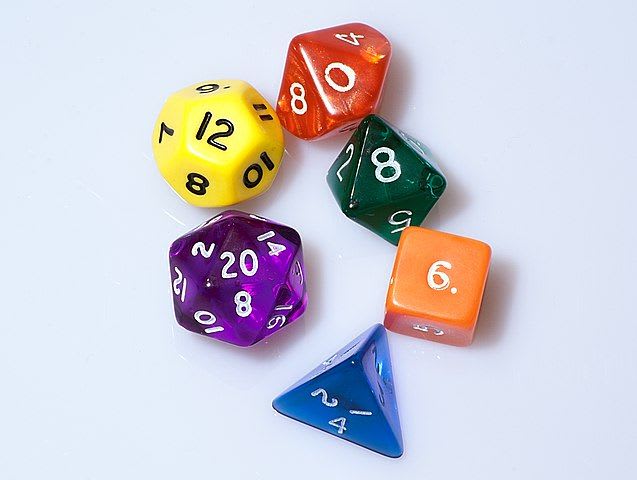 In this first of two parts I will talk about making a character of your own and how to design a solid profile, as well as some pointers on how to interact with your partner before a game. In the second post I will go over the actual RP and how to improve there.

Your character, your avatar

Before we can start to talk about the interaction between you and your partner, we need to discuss the two base components of this interaction: your character and your partner's character. RPing may be more than just the sum of its parts, but without all of these parts in place, there won’t be any interaction

Let's first look at how you can make an engaging RP character, or make your current one more fun to play. Some of these tips even apply if you play “as yourself” or don’t have a specific character you roleplay as.

Keep in mind though, this is just how I make my characters. If you have a different process or want to make changes to what I’m suggesting here that’s fine. You do you!

To make my points clearer I’ve decided to go through the creation of a new character. Meet Cassandra!

Look at her and try to get a feel for what she would be and act like. There is no right or wrong way to do this interpretation. I will be working with what comes to my mind, but you may see different things. That’s just art, baby.

The impression I get is her being dominant, high & mighty, and perhaps even cruel. She enjoys others crawling at her feet, making them squirm and beg for her amusement. But the color scheme and lollipop also give her a cutesy, impish vibe. That all sounds like a sadistic, bratty domme to me! She also looks clearly non-human, reminding me most of a succubus. Perhaps that’s not very imaginative for a sex fighting website, but we don’t have to re-invent the wheel here.

And just like that we’ve already nailed down how I want to play my character. This general idea of ‘sadistic and bratty’ is going to tell me how to write her profile and how she will interact with others. If you want to, you can leave it at that, but right now we only have the skeleton of a character. Time to add some meat to that bone.

Next, let’s think of a background. I don’t really have any concrete tips for this step, other than to maybe give your character a reason to be on EF. I’m going to tie her in with my previous character, Valeria. She’s an old friend of Val’s and was told about EF by her. Curious, she decided to come take a look, always looking for new prey…

After we decided on a motivation, let’s look at her likes and dislikes. These are informed primarily by two things: Your character’s personality and your own kinks and limits.

Since we already decided that Cassandra is a bratty domme, her likes should be fairly obvious. She wants to dominate her partner, make them beg and squeal for her. She also talks plenty of shit and is generally full of herself.

But she’s bound to lose eventually, so I have to decide on how she’ll act when she gets put in her place. Going by the image I have of her in my head I’m deciding on making her act very indignantly, not enjoying being put down and talking shit even in defeat. She’s stubborn and bratty after all.

As for more outright dislikes and limits, there’s obviously the stuff I don’t like IRL: Receiving strong humiliation, gore and toilet play. These are important to incorporate. It doesn’t matter how well you think a certain kink is going to work with a character, if you yourself don’t enjoy a kink then playing it out will feel weird or even make you uncomfortable.

Something else I find very fun to play with are weaknesses. There are a lot of things that can be a weakness: Certain actions (e.g. anal sex related stuff, being tied up), being touched in certain places (feet, neck, etc.), certain words (slut, good girl, etc.) or body parts of your opponent (like getting a foot job). These weaknesses don’t have to be directly related to any in-game actions. Perhaps your character really likes being stepped on. Then it’s up to your partner to play around with you in the RP to figure out what makes your knees weak. If you’re looking for inspiration, just chose something you really enjoy IRL. For Cassandra I’ll go with very sensitive feet. I will be elaborating more on how you can leverage and play out those weaknesses in the second part of this blog post.

Now then, let’s talk about the way I can express all those ideas I just fleshed out in my profile.

As you can see, I first give a little information on Cassandra and tie her in with EF and Valeria. Then I set up a little catchphrase for her, calling her partners her ‘prey’. Little quirks in your spelling (e.g. writing ‘pwease’ if your character is being made to submit), recurring words and phrases (‘Oh my’, ‘Suffer my wrath’, etc.) and use of emojis (see the way I use :3 for Valeria in the screenshot below) can add some personality to your character and make them more memorable. Just be mindful not to use them too much or it will start to wear out quickly.

Then I make sure to drop a little reference to her size and stature so my partner can have an idea of how Cassandra looks. You don’t need to go into massive detail here, but a more in-depth description can be fun too! Maybe talk about how your curves glisten when you get sweaty or how your massive cock throbs for nice pair of tits.

Finally, I reiterate Cassandra’s personality by showing off how cocky she is.

Below this point in the profile the rest of the space is reserved for kinks and limits, profile play (collaring and such) and other IRL related things. Another good thing to put on your profile is your time zone and whether you want to play certain game modes or would like to be PM'd first. For a more in-depth explanation you can also check out Lili's Guide To Profile Writing here.

As you play your character, you may go on to add additional items to your profile. Most commonly on EF this will include game rules and challenges for your yourself, a list of notable losses or victories, people who you have collared or who have collared you and kink lists or BDSM-test results.

Your partner, your mirror

The next section of this post is going to focus on your partner. Since interactions will be covered in the following part this will be fairly short.

There are really only a few things to be said about getting a grasp on your partner before a game. Firstly, READ THEIR PROFILE! Please, read their profile and also look at the kinks they selected for the game! Yes, a lot of characters are more than what appears on their profile, but you can still get a good idea about your partner just by reading what they deem the most important aspects of their character. Are they a sub or a dom, soft or hard, teasing or ravaging…with this impression you'll have a better idea of how you should approach them and this should lead to everybody having a better time.

You can also find out if they like bets, play with special rules, if they prefer a certain style of RP or don’t RP at all. Finally, scrolling all the way down their profile lets you check out your prospective partner’s sexuality and avoid asking a lesbian player for a straight match, or vice versa.

It also pays to have a little conversation before the game talking about limits or perhaps expectations for the upcoming match. If you’re looking to play out a special scenario that isn’t “just” a sexfight (like being abducted by a succubus for an example) you should discuss this before the game, for fairly obvious reasons.

Finally, I’m going to say a few words on etiquette regarding first PMs. It’s somewhat off-topic but bad first PMs are an issue that comes up every so often, since some people can’t seem to grasp that there is a fellow human being behind the profile they want to write a message to.

Do not start out by RPing at a person you never interacted with. It’s cringy at the best of times and downright rude or disturbing at the worst. Even if somebody’s profile clearly states that they are a sub or dom(me), don’t start calling them “Slave” or “Master” immediately. Make a connection and establish consent first.

Try to put some effort into your message. Reference the persons profile, maybe crack a joke and tell them you’d love to play some time. Just talk to them like a normal person. That’s oftentimes the best approach.

And that's really all there is to it. Sometimes you'll have more talking over Discord or PM before you get to playing with somebody, sometimes you'll find them in matchmaking. But as long as you stick the treating them like a human being, you'll most likely be fine!

Avid roleplay-enthusiast and smut purveyor. I like cats, long walks on the beach and helping others get their rocks off. I'm mostly known as Valeria on here.