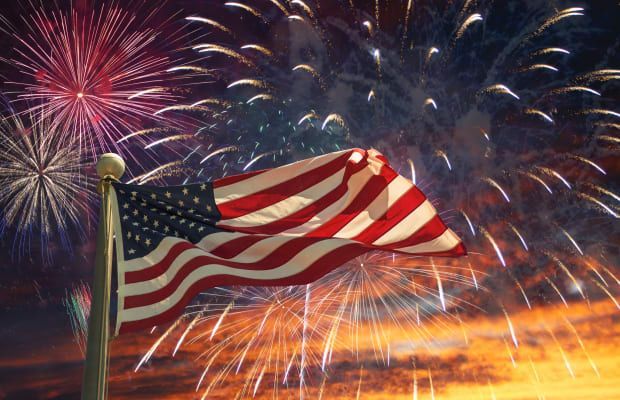 Yes, the famed holiday will soon be upon us and America will celebrate their independence! Though for me, it's a Sunday. And on this day, in 2014, my wife chose me over her now ex-husband. I'll eat roast chicken extra good to mark Independence Day and raise a glass to the missus as we commemorate that special day for us.

But, what is Independence day? I know it as the day that congress adopted the full and formal declaration of independence. If you don't know what that is either, don't worry, I've got your back. First, you watch the film National Treasure, with Nicholas Cage. Great documentary, you'll love it. Second, push past my dumb jokes as I tell you what it's really about.

The declaration of Independence is the document that announced the separation of 13 North American British colonies from Great Britain itself. As an official act to declare independence from British rule, it is, without doubt, one of the most important documents in American history and came into affect the year following the beginning of the American Revolutionary War.

It was a huge moment, a bill that gave people the right to choose their own government and not live under an oppressive ruler's thumb. Drafted, written and signed by some of the most influential and well known historical figures in American history, such as Benjamin Franklin and Thomas Jefferson, the principal author of the declaration, this document was the first battle won with words and not weapons in the American Revolution.

Those that wanted complete independence from Great Britain were classed as radicals. But, as the long and bloody war, raged on, these 'radicals' only grew in numbers as their cause grew stronger. Signed in 1776, it bought about a new era, though America did not truly win their independence until the battle at Yorktown, Virginia, in 1781. Formally, the fighting did not end until 1783 but that final battle more or less concluded it all, with a decisive victory in America's favour.

Independence Day itself was modestly celebrated during the revolution, it was made a holiday in many places in the following years. People the world over celebrate July the 4th as the anniversary of a country's independence from Great Britain and claiming their right to choose for themselves. It is now celebrated as the birth date of the nation that we know today.

So, in honour of a proud and free country, I salute you and wish you all a Happy Independence day! May no one infringe upon the rights of another and may we work together towards a better future.

“We hold our heads high, despite the price we have paid, because freedom is priceless.” – Lech Walesa