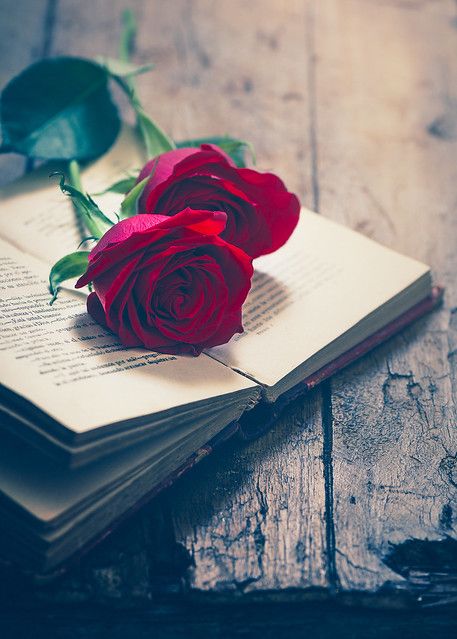 Corrado fills the glass of brandy, takes a sip and puts it on the desk.

The book he's reading is open on an old poetry of D’annunzio.

A noise. Corrado stops reading and turns his head. The room is filled with darkness… It was way too dark even for such a late hour. The young man sniffed the faint fragrance in the air and smirked.

- I have always knew that this moment would come, but I think it’s still really impolite to enter someone’s home without permission… Lust.

One of the shadows melts, revealing the figure of a young woman. Tanned skin. White hair. Eyes glowing in the darkness. The shadow crawls on her and becomes a black coat that covers her body.

- How did you know that it was me?

- Your scent. I could never mistake it for something else.

The succubus bites her red lips.

- I hope you also remember what did you do to me last time we met...

- Sure: I banished you to the realm where you belong.

The woman closes her fists.

- And I promised to come back for revenge – She moves a step towards him. – I hope you are ready, mortal: I am about to blow you for good.

One of her hands starts to radiate with red light. She raises it and points at him.

Corrado smiles and stands up.

With a swift move he gets right next to her and wraps his arms around her body while passionately kissing her lips.

The red light vanishes, but Lust uses that same hand to slap the man in the face, as soon as the kiss is broken.

- What the hell are you doing?

- I am making you forgive me – Corrado caresses the now red cheek. – I made a mistake banishing you and I want to be sure that you will fully forgive me this time.

He puts his lips near hers again.

Corrado kisses her again, pulling her body against him. Lust rolls her eyes back, hugging him back. Her kiss becomes a bite on his lips.

- Yes, you remember well: I liked it and I still like it. You have just forgotten a little thing…

- That this is my game, not yours.

Lust grabs the man’s jacket, rips it with a single movement, then pushes him hard, making him fly on to the bed, several meters away.

She materialises herself on him, standing, with a foot pressed on his chest to keep him down. Her shadow cape transforms into dozens of small sharped tendrils, that rip off all Corrado’s clothes in just a couples of seconds.

-See? My game, not yours - she says, moving her naked foot on his chest and pinching his left nipple. - Now just stay down and let me drain you to the point of oblivion…

She moves the foot slowly down his body, stopping on his already hard cock.

Corrado moans while she rubs it hard.

- Yeah, stay down… I can break you using only this foot. I will not give you anything more.

The rubbing increases in speed. The foot moves fast from the glans to the balls. Lust smirks seeing the first traces of precum emerging from the tip.

– Giving up already? What a loser… – she lick her lips, looking at the man moaning and trembling more and more - something to say before blowing your useless load?

- What a cute, lovely foot!

The man grabs her foot and pulls it away from his cock, kissing her ankle.

- W-what? What the hell are you doing? Stop it!

- But it’s so small and cute! – the man keeps kissing the foot. – And you even put red polish on your nails: you really prepared for this meeting…

She tries to move her foot away, but loses her balance, falling onto the man. Corrado wraps her in a bear hug and kisses her.

- You are all cute and lovely, Lust. A real miracle of nature… - the man covers her face with kissess, making her blush more and more – I have dreamed so much about your skin shining under the moonlight… the taste of your lips on mine… the hot touch of your naked body…

His hands moves under the cape, caressing her neck, her shoulders and her naked back, going down to her round butt.

- Stop it… t-this will not work – the voice of Lust tremble, her back arches. – I will drain you to death, understood? So stop being so… so…

- …stupid! Stop being so stupid!

He laughs. His hands slaps and squeeze her butt, making Lust moan. The succubus growls and start to grind her pussy on his cock. She moves her hips fast and hard, using her wet labia in order to tease his cock and make it tremble in pleasure without even putting it in. Corrado moans and press his face on her neck.

- Your scent… - he whispers to her, rubbing his face on her neck.

- What? - She realises just now that he is sniffing her body.

- I have never forgotten… it’s like the perfume of poison roses - He licks her neck. - Have you ever tried them? Their scent makes your brain dizzy and slowly lures you into the oblivion – One of his hands goes down and pushes his cock on her labia, increasing the pleasure of the pussy-rubbing. - People say that those roses make melt your mind before putting you out of misery… I bet this is what you usually do to men, Lust…

Lust trembles feeling Corrado’s cock slowly penetrating her pussy. The man grabs her hips and starts to move them in deeper movements. The succubus moans, then bites her lips.

- I am still on the top, you stupid mortal! I am still in control! I can… awhhhhh! - She arches her back as feels the man moving his hips faster, giving her a bottom position fucking.

- Yeah, you are in control and I like this - Corrado grabs her boobs and massage them, teasing her nipples. - I love when you are so proud and dominant… it makes you look even cuter!

She growls and blushes again.

She moves her weight to her knees and starts to bounce on him fast and hard.

She forcekisses him, pressing his body on the bed with her chest.

- And I will make you scream in pleasure.

Lust bites his neck and pinches his nipples hard.

- I will mark your chest with my name: I will make you my sex toy!

Corrado slaps her butt more and moves his forehead in order to force her to look in his eyes.

- And I will cover your chest with kisses. So many kisses. More than you can even count.

Lust trembles, rolling her eyes back. When they roll on again, there is a strange light in them. Her movements get faster. She grabs his shoulders, sinking her nails in the man’s skin.

- I don’t care how c-charming you are… I will drain you.

Corrado moans and pants, but his body fights back, responding with pushing for pushing to every attack of the succubus.

- I will full you with love…

The light in the eyes of the succubus grows stronger.

- I w-will… make y-you p-pay… - she wispers, her body trembling and her pussy drooling juice on the man’s pubes. “I… w-will… will…

Corrado slaps again her butt, then grab it and make it bounce hard on his cock, while moving his hips from the bottom. He tightly hugs the body of Lust and kisses her.

The body of Lust starts to tremble.

- I will make you orgasm.

- I will make you reach heaven…

The girl looks at him. Her face deformed by pleasure. Her eyes shining red, with the pupils that have reached a shape like the one of a heart.

Corrado kisses her and smirks.

Lust screams. Her body spasms violently, pressing Corrado on the bed. Her love juice erupts from her pussy, making the bed wet. Corrado moans and grab her arms.

The succubus lays on him and kisses him. Then, she raises her body and bounces hard on him one last time clenching her pussy on his throbbing cock.

The man’s tool obeys and erupts its seed inside her. Ropes after ropes until the balls are drained and the semen starts to droll out of her trembling labia.

- Good boy – Lust smiles then, she falls over Corrado, exausted and almost out of breath. The young man hugs her and lulls her head, covering her faces in kisses.

- Thank you for the gift you have given me.

Lust pants on his chest.

- Y-you are something… you s-see through everything…

- I have just given you what you wanted. What you truly wanted – He kisses her forehead. – Do you still want to drain me to death?

- What matters now? I lost… again.

- No, you won. You won me – he caresses her cheeks. - I told you: I made a mistake when I banished you. Now I want you to stay. If you want.

The girl raises an eyebrow. She rolls off him and lands on the bed, still panting. Her eyes have come back to their normal form.

- Why should I accept your offer? We are enemies.

- Because you will not able to resist my huge, enormus, titanic… - he smirks, caressing her back. Lust blushes - …library!

- Thousands of them. Many are ancient and mysterious and no one is able to fully understand them.

The pupils of Lust take the shape of hearts again, even if just for some seconds.

Corrado giggles. He stands up and reaches the desk, filling another glass of brandy. The shadow-cape grabs it from his hand and takes it to Lust.

- I could accept your offer, but this will not change anything about us: we still are rivals and enemies – she takes a sip and lick her wet lips. – I will wait for the right moment… when you will be weaker and most vulnerable, then I will drain you into oblivion. So I will have my revenge.

Corrado nods and reach her.

- Just what I wanted. I need a strong assistant, not a slave – He kisses her. – As for the menace of draining… well, I will be careful, but I know worse ways to die.

She smiks, then kiss him back, putting his hand on his cock again.

- I thought I understood mortals, but you… how can you be so stupid?

- Please, dear: If you really don’t want to call me with my name, at least don’t call me “stupid”. You can use my nickname. All people I know use it with me.

The man caresses her white hairs. Now, just on her left ear, there is a red rose.

(a thank to Lust, that helped me to put in a short story our second game)

A gentleman with the passion for writing and roleplay. If you have ideas or commissions for short stories hit me up!